Yann Chave is a young man who today creates some of the best and most elegant wines of the Northern Rhône. Yann took over from his father Bernard in 1996, having worked previously as a bank fraud inspector in Paris. He found that an office based career was not at all to his liking and so decided to try working with his father. Bernard’s wines were good without being exceptional, perhaps partly explained by the fact that his attention was also taken up cultivating apricots, cherries and peaches.

Domaine Yann Chave, in the commune Mercurol, spans 18 hectares in the Crozes-Hermitage and Hermitage appellations. Yann Chave's parents were keen for him to move away from his agricultural background. In 1996 however, after many years of study, he abandoned his career in financial auditing to return to the family domain and fulfil his passion for wine making. Having suffered poisoning from an insecticide he was using to treat his vines he started looking for alternative solutions and began practising organic viticulture in the early 2000s.

The property was certified organic in 2007. Wines from this domain are of a very high quality, with plenty of character. Cuvées from his single-hectare plot on the iconic Colline de l'Hermitage are a particularly fine interpretation of the terroir. 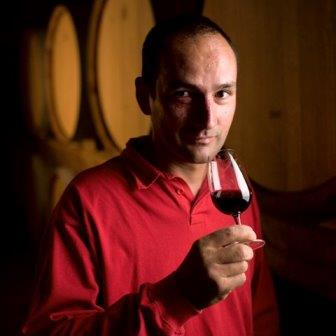